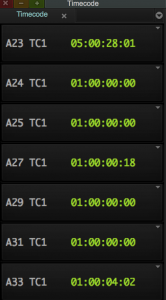 Here is a question for you all, what is the best workflow…

Continue reading "After Effects to ProRes W/O FCP"…

Guess who gets to clean up this timeline? THIS GUY!   Audio…

Continue reading "Sequence of the Day"…

Continue reading "Making a Time Lapse in After Effects"…

I don’t work with the RED all too much, I do use it from time to time. One of the new advantages of Media Composer 5 is the ability to import R3D files through AMA and edit them natively.

I loaded up some files on my MacBook Pro (without any other accelerator attached, like the MXO2 mini) and started to edit some pieces. It stuttered here and there, but I put most of the blame on the speed of my computer. I changed the draft quality to “best performance” (all yellow if you read the last blog post) and it seemed to work very well. I think it works better than the H.264 through AMA edit, but more on that another time. 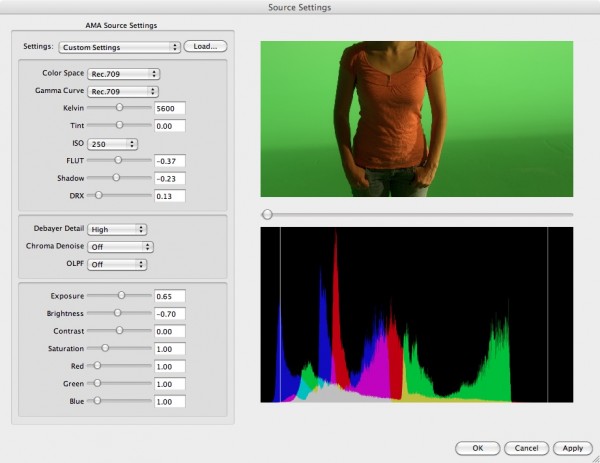 I read a really cool post by Ross over at You Down With FCP? about making a client controller out of an original Nintendo controller. With his permission, I have reposted the first piece of the post, but you should go over to his blog to check it out. Read the full post here.

Ever since I was a wee lad, and I outgrew my NES for a turbografx 16 (don’t ask) I have been yearning to get back to using that classic rectangular controller. With this project I was finally able to do so.

Continue reading "NES for Your FCP"…

I work from home about 50% of the time. I do all of that work off of a MacBook Pro. I would love to invest in a nice Mac Pro setup, but whenever I do hard core work I get brought into an office with a nice Symphony system or FCP suite. All in all, I am very excited about the new Media Composer software because it gives me a few reasons to tell clients that it would be more efficient to use Avid instead of FCP for once.

Now, I am not going to dive in deep to analyze everything possible, as I was not able to attend NAB and therefore have not tried the software out myself. These are just some thoughts I’ve had over the past couple days.

1) Editing H.264 and ProRes. HDSLR footage, come my way please. I tend to edit 1-2 pieces a week shot on the 7D and this just makes me excited. I can spend more time on the editing and less time on converting the footage to Pro Res before it comes into the system. Good feature for us flat rate payment guys. And then ProRes, really? Great. I’ll take it. I usually use ProRes as something to convert footage that isn’t editing well (H.264) on timelines so I only use it when its HDV or shot on a HDSLR.